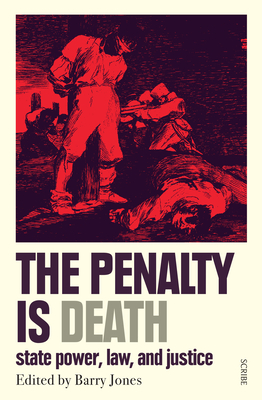 The Penalty Is Death

An updated edition of the classic study of capital punishment originally published 50 years ago, with a new introduction by Barry Jones.

The Penalty Is Death was first published in 1968, in the aftermath of the hanging of Ronald Ryan in Victoria--the last man executed in Australia. At the time, capital punishment had been abolished as the penalty for murder in only 30 nations, although there was a moratorium on its use in many more. In 2022, the number of abolitionist nations has risen to 108, and 54 more have longstanding moratoriums. The World Coalition against the Death Penalty reported the number of recorded executions in 2021 at 2,397, with about 2,000 in China.

Drawing on a wide range of historical and contemporary sources, The Penalty Is Death includes some of the most significant voices in the international history of debates about capital punishment from the eighteenth century to the present day. It contains a historical overview of the arguments for and against capital punishment; legal, political, and philosophical analysis and commentary; and firsthand accounts of the reality of executions and their aftermaths.

It features the views of great novelists such as Charles Dickens, Albert Camus, Arthur Koestler, and George Orwell; philosophers such as Max Charlesworth; legal scholars such as Cesare Beccaria; and rigid enforcers such as J. Edgar Hoover. Barry Jones's important new introduction brings the story up to date, including the continuing use of the death penalty in the US.