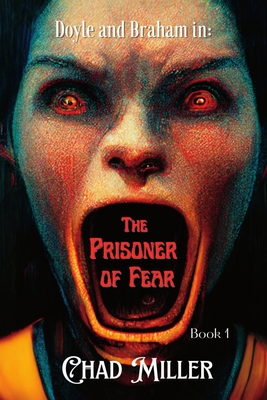 The Prisoner of Fear

Perfect for fans of old-school horror classics like Frankenstein and The Strange Case of Dr. Jekyll and Mr. Hyde, Chad Miller's The Prisoner of Fear is an evocative, unpredictable, and disturbing horror mystery with a supernatural twist that will keep you wide awake long after you have closed the book.

It is 1889 in Philadelphia, and detective John Doyle is restless. Along with his miserable partner, Thomas Braham, Doyle pursues mysteries, strange sightings, and other obscurities tossed aside and disregarded by the police. For years, Doyle has taken on these cases in the hopes of discovering something supernatural - something that could upend and dispute his long-standing, debilitating fear that immortal souls do not exist.

Doyle's search for the supernatural remains unsuccessful until he receives a strange letter from an old doctor friend regarding a young woman with a mysterious and rather disturbing illness. When the doctor goes missing in the same town that this young woman resides in, Doyle and Braham decide to take on the case and search for clues regarding their missing friend. In doing so, they discover that there is no longer any suffering young woman, but a dangerous abomination whose origin cannot be explained by science nor modern medicine.

Meanwhile, an unnamed victim has been kidnapped. Trapped in a cell with nothing but a journal to document their experiences, this mysterious Prisoner must undergo terrifying scientific experiments while trying not to lose all hope and sanity.

Inspired by the works of renowned horror and mystery writers like Stephen King, Edgar Allen Poe, and Arthur Conan Doyle, The Prisoner of Fear brilliantly weaves questions of mortality and the human propensity for evil into a truly intriguing, unique, and frightening narrative.