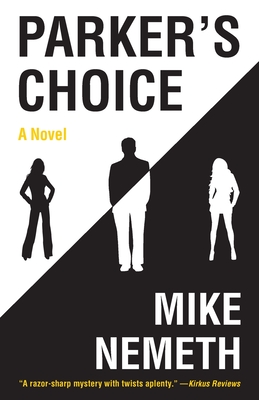 Framed for murder and on-the-run an innocent man is forced to become an outlaw.

Hiding from his troubled past in Atlanta, Parker, a principled but conflicted man, can't escape his enemies. His former business partner blackmails him and his boss coerces him to commit fraud, but these aren't his toughest tests. After his old nemesis is killed, Parker becomes the chief suspect. When he and his clever colleague, Sabrina, uncover evidence that his elusive birth father is involved in the scheme, Parker's innate moral code faces an impossible challenge. Evading cops and crooks, Parker and Sabrina search for answers from the Carolinas to a Florida rehab and finally a New Orleans cemetery. In this twisting Southern thriller, the choices are between blood ties and a deep-rooted sense of right and wrong.

Mike Nemeth, a Vietnam vet and former high-tech executive, is the author of the bestseller Defiled and the Beverly Hills Book Award-winning novel, The Undiscovered Country. Mike takes readers into a world of complex plots with reversals and intrigue and betrayals in every chapter. Creative Loafing Atlanta named Mike Best Local Author for 2019. After living in Wisconsin, Texas, Colorado, Florida, Tennessee and London, Mike has settled in suburban Atlanta with his wife, Angie, and their rescue dog, Scout.