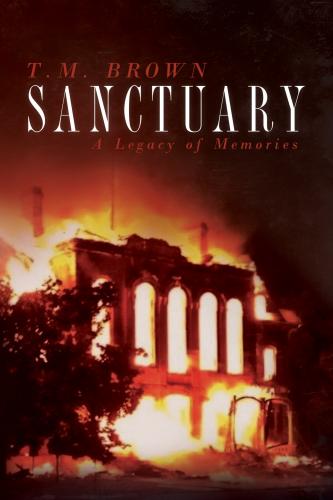 A Legacy of Memories

Theo Phillips, the narrator of Brown's successful Shiloh Mystery series kickoff, has just left his position as chief editor at Cornerstone Publishing and moved with his wife, Liddy, to Shiloh, Ga. The couple finds the locals warm and welcoming, but Theo is curious about a statue dedicated to Jessie Masterson, who died three years earlier, in 2010, when the Shiloh courthouse burned down. Masterson, who was a coach and teacher at the Shiloh high school, gave his own life to save the mayor's sons, Hank and Hal Archer. But the circumstances of the tragedy remain unclear, as neither Archer has given a straight answer about what caused the fire and exactly what happened before the heroic rescue. Encouraged to do some digging by the editor of the local newspaper, Theo predictably finds some secrets that others would have preferred remained hidden.
Shiloh Mystery SeriesSanctuary, A Legacy of MemoriesTestament, An Unexpected ReturnPurgatory, A Progeny's Quest