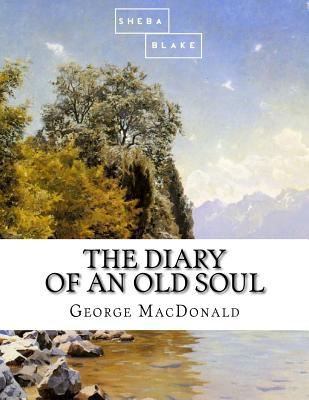 The Diary of an Old Soul

The Diary of an Old Soul is a novel written by George MacDonald. In this volume of verse, MacDonald offers a poem for every day of the year; each is intended to prompt introspection and prayerful contemplation. George MacDonald (10 December 1824 - 18 September 1905) was a Scottish author, poet, and Christian minister. He was a pioneering figure in the field of fantasy literature and the mentor of fellow writer Lewis Carroll. His writings have been cited as a major literary influence by many notable authors including W. H. Auden, C. S. Lewis, J. R. R. Tolkien, Walter de la Mare, E. Nesbit and Madeleine L'Engle. C. S. Lewis wrote that he regarded MacDonald as his "master": "Picking up a copy of Phantastes one day at a train-station bookstall, I began to read. A few hours later," said Lewis, "I knew that I had crossed a great frontier." G. K. Chesterton cited The Princess and the Goblin as a book that had "made a difference to my whole existence". Elizabeth Yates wrote of Sir Gibbie, "It moved me the way books did when, as a child, the great gates of literature began to open and first encounters with noble thoughts and utterances were unspeakably thrilling." Even Mark Twain, who initially disliked MacDonald, became friends with him, and there is some evidence that Twain was influenced by MacDonald. Christian author Oswald Chambers wrote in his Christian Disciplines that "it is a striking indication of the trend and shallowness of the modern reading public that George MacDonald's books have been so neglected". In addition to his fairy tales, MacDonald wrote several works on Christian apologetics.