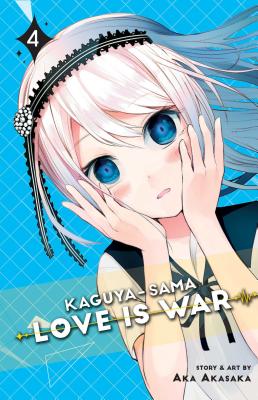 Will Kaguya and Miyuki outsmart a psychological test designed to reveal their true feelings? Is spoon-feeding each other cake the way to each other’s hearts? Then, Miyuki visits Kaguya’s home for the first time, but she is too sick to enjoy it. Kaguya tries to befriend Miyuki’s little sister, but Chika has beaten her to the punch. And summer vacation arrives, but the student council still hasn’t agreed on a destination.

Fireworks are supposed to be romantic.

Aka Akasaka got his start as an assistant to Jinsei Kataoka and Kazuma Kondou, the creators of Deadman Wonderland. His first serialized manga was an adaptation of the light novel series Sayonara Piano Sonata, published by Kadokawa in 2011. Kaguya-sama: Love Is War began serialization in Miracle Jump in 2015 but was later moved to Weekly Young Jump in 2016 due to its popularity.
Loading...
or support indie stores by buying on
(This book is on backorder)