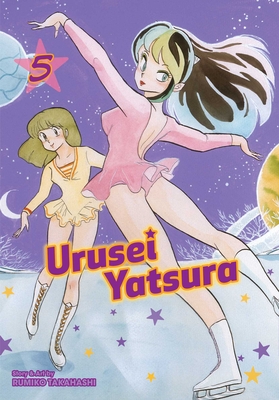 A strange rumor ripples through the quiet town of Tomobiki—Lum is participating in an arranged marriage event! As Lum cheerfully gets dolled up for this intergalactic gala, Ataru pretends to be indifferent to the news. Upset that Lum might find the husband of her dreams, though, Ataru contemplates following her into outer space to check out the competition!

Takahashi was inducted into the Will Eisner Comic Awards Hall of Fame in 2018. In 2019, she won the Grand Prix at FIDB Angoulême. She won the prestigious Shogakukan Manga Award twice in her career, once for Urusei Yatsura in 1981 and the second time for Inuyasha in 2002. A majority of the Takahashi canon has been adapted into other media such as anime, live-action TV series, and film. Takahashi’s manga, as well as the other formats her work has been adapted into, have continued to delight generations of fans around the world. Distinguished by her wonderfully endearing characters, Takahashi’s work adeptly incorporates a wide variety of elements such as comedy, romance, fantasy, and martial arts. While her series are difficult to pin down into one simple genre, the signature style she has created has come to be known as the “Rumic World.” Rumiko Takahashi is an artist who truly represents the very best from the world of manga. Many of her titles, including Mermaid Saga and her current series RIN-NE, are available in North America from VIZ Media.
Loading...
or support indie stores by buying on