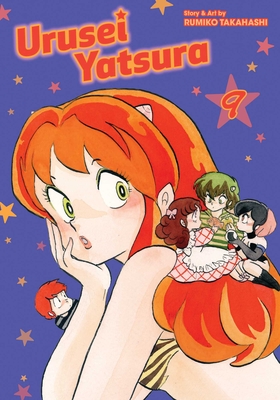 Beautiful space alien princess Lum invades Earth on her UFO, and unlucky Ataru Moroboshi’s world gets turned upside down! What unimaginable shenanigans will Lum bring to Ataru’s life? One thing’s for sure—nearly every moment is electrifying with her around!

Mendo’s secret past is suddenly revealed! Driven by empathy—or perhaps friendship, or maybe just curiosity—Ataru and the gang journey to Mendo’s childhood to address the roots of his incurable claustrophobia. Later, the principal is inspired to launch a Miss Tomobiki High pageant in which the ladies of the school vie for dominance in beauty, intellect and combat skills! Who has the grace to destroy their competition and win the pageant crown?


Takahashi was inducted into the Will Eisner Comic Awards Hall of Fame in 2018. She won the prestigious Shogakukan Manga Award twice in her career, once for Urusei Yatsura in 1981 and the second time for Inuyasha in 2002. A majority of the Takahashi canon has been adapted into other media such as anime, live-action TV series, and film. Takahashi’s manga, as well as the other formats her work has been adapted into, have continued to delight generations of fans around the world. Distinguished by her wonderfully endearing characters, Takahashi’s work adeptly incorporates a wide variety of elements such as comedy, romance, fantasy, and martial arts. While her series are difficult to pin down into one simple genre, the signature style she has created has come to be known as the “Rumic World.” Rumiko Takahashi is an artist who truly represents the very best from the world of manga. Many of her titles, including Mermaid Saga and her current series RIN-NE, are available in North America from VIZ Media.
Loading...
or support indie stores by buying on