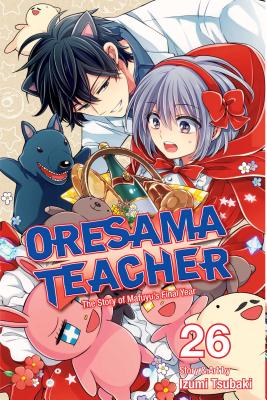 Mafuyu’s homeroom teacher Mr. Maki isn't just a conundrum, he's also a kidnapper! Right when Mafuyu thought she was getting to the bottom of her missing memories, Mr. Maki spirited her away to an amazing mansion. While Mafuyu is a sucker for mansions, she does have a school to save. But she can’t escape on her own, and all her friends think she’s just home with a cold. Now her only choice is to rely on her enemy!