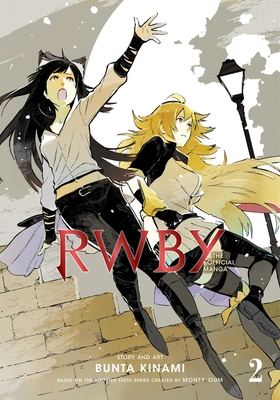 Experience the introductory arc of the international smash hit series RWBY in a whole new way—manga!

Monsters known as the Grimm are wreaking havoc on the world of Remnant. Ruby Rose seeks to become a Huntress, someone who eliminates the Grimm and protects the land. She enrolls at Beacon Academy, eager for the tests and combat challenges to come.

Ruby’s first year at Beacon Academy continues! Team RWBY has officially formed, and Ruby Rose is their leader. While Roman Torchwick still lurks in the shadows, new forces begin to move against Beacon Academy. Who are the White Fang, and what does Blake know about them?

Bunta Kinami was born in Ibaraki Prefecture in Japan, and started drawing manga after he noticed that his friends enjoyed drawing. His favorite series include Dogs: Bullets & Carnage by Shirow Miwa and Nausicaä of the Valley of the Wind by Hayao Miyazaki. He began his professional career with RWBY: The Official Manga.
Loading...
or support indie stores by buying on