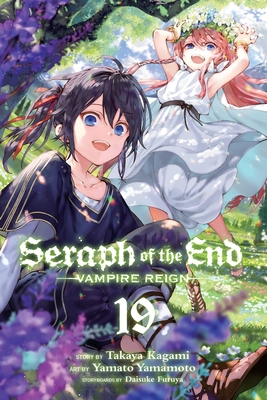 Shinoa fights for her life at the Demon Army headquarters where the First Progenitor, Shikama Doji, is trying to possess her. Ferid’s solution to the problem? Kill her before she’s turned and possessed. With all of the pieces in place and the First’s resurrection all but complete, the vampires and the Hyakuya Sect both converge on Shibuya. Meanwhile, trapped in his own mind with Asuramaru, Yuichiro’s missing past is finally revealed to him.