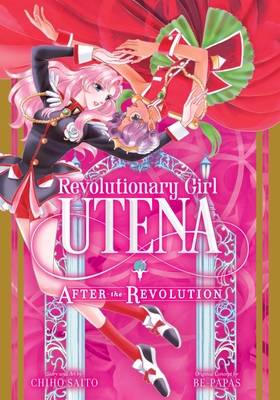 Utena has saved Anthy by defeating Akio in the final duel, but in doing so she has vanished from the world. Now the student council members at Ohtori Academy find themselves in their own revolutions.

Chiho Saito was born June 29th in Tokyo. In 1982 she debuted with Ken to Mademoiselle. Some of her works include Green Apple Labyrinth and Waltz wa Shiroi Doresu De (Waltz in a White Dress). She won the 42nd Shogakukan Manga award for Kanon. In 1997, Revolutionary Girl Utena became a groundbreaking anime series.