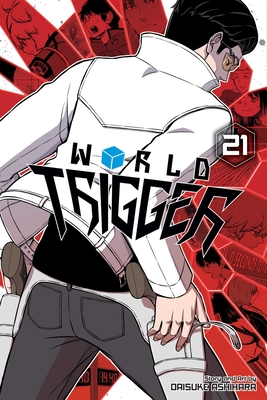 The final match of the B-Rank Wars is coming up, and while some of the competition looks familiar, an unfamiliar squad is thrown into the mix—Yuba Squad. While Osamu and Yuma go to scout them out, Hyuse and the rest of Tamakoma help Chika come to terms with her insecurities and get to the root of her inability to shoot people. With the match looming, will Tamakoma-2 be able to pull it together in time to go up against new and old foes?!

Daisuke Ashihara began his manga career at the age of 27 when his manga Room 303 won second place in the 75th Tezuka Awards. His first series, Super Dog Rilienthal, began serialization in Weekly Shonen Jump in 2009. World Trigger is his second serialized work in Weekly Shonen Jump. He is also the author of several shorter works, including the one-shots Super Dog Rilienthal, Trigger Keeper and Elite Agent Jin.
Loading...
or support indie stores by buying on