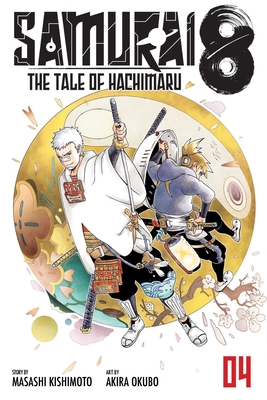 The Tale of Hachimaru, Vol. 4

A futuristic tale of samurai adventure from the creator of Naruto!

Becoming a samurai seems like an impossible dream for Hachimaru, a boy who can’t even survive without the help of his father. But when a samurai cat appears before him, his whole life changes! The legendary creator of Naruto and a rising manga star come together to bring you this science fiction samurai epic!

Hachimaru is the last man standing in the samurai battle royale, earning him the right to face the founder of the festival. Can Hachimaru recruit this powerful warrior who claims to be a key to Pandora's Box? Or is something more nefarious about to go down…?