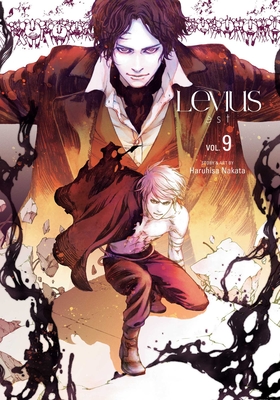 As society rises from the ashes of war, cybernetically augmented arena fighters battle for fame and fortune…or die trying.

It’s the 19th century, and the world has entered the Era of Rebirth, recovering from the devastating flames of war. The sport of Mechanical Martial Arts has galvanized the nations. Cybernetically augmented fighters turn their blood into steam and their bodies into brutal fighting—and killing—machines.

Young Levius is one of those arena battlers, hell-bent on winning in order to simply survive.

Levius succeeds in defeating Oliver at the deadly Southern Slam tournament, with dire consequences. But he doesn't have any desire—or time—to celebrate the victory as he ascends to the level of champion. The appearance of Arthur Graynore, a Grade I, Rank 2 M.M.A. fighter, and the cofounder of Amethyst, means the fight to become est, a god, is not over.

Haruhisa Nakata began his professional manga career in 2010 with Maureca no Ki (Tree of Maureca) in IKKI, the same magazine where Levius began its serialization. In May 2015, Nakata restarted the Levius series as Levius/est in Ultra Jump.
Loading...
or support indie stores by buying on