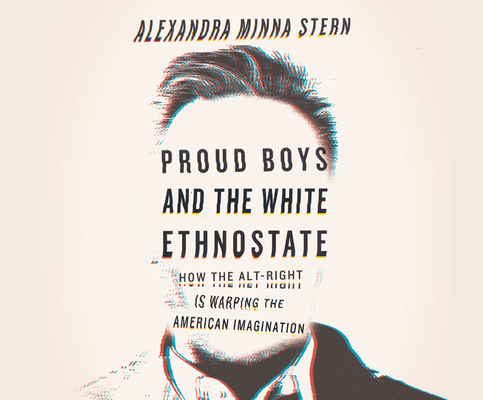 Proud Boys and the White Ethnostate

How the Alt-Right Is Warping the American Imagination

The alt-right has sadly become a household term. From a loose movement that lurked in the shadows in the early 2000s, it has achieved a level of visibility that has allowed it to expand significantly through America's cultural, political, and digital landscapes. But the alt-right is also mercurial and shape-shifting, encompassing a range of believers and ideas that overlap with white nationalism, white supremacy, and neo-Nazism. It provides a big and porous tent to those who subscribe to varying forms of race and gender-based exclusion. In Proud Boys and the White Ethno-State, historian Alexandra Stern begins with the premise that alt-right literature, most of which exists online, should be taken seriously as a form of intellectual production that has distinct lineages, assumptions, and objectives. Applying the tools of historical analysis, cultural studies, and other interdisciplinary approaches, she explores its conceptual frameworks, language, and narratives. In doing so, she is able to probe the deeper meanings and underlying constructs, concepts, and frameworks that guide the alt-right and animate its overlapping forms of racism, xenophobia, sexism, and other social hostilities. Like George Lakoff's Don't Think of an Elephant, Proud Boys and the White Ethno-State is a key tool for combating today's white supremacist ideologies.