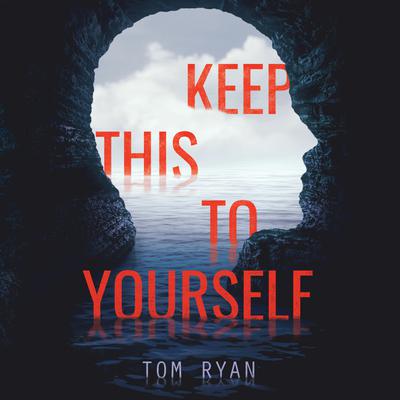 Keep This to Yourself (Digital Audiobook)

It's been a year since the Catalog Killer terrorized the sleepy seaside town of Camera Cove, killing four people before disappearing without a trace. Like everyone else in town, eighteen-year-old Mac Bell is trying to put that horrible summer behind him—easier said than done since Mac's best friend Connor was the murderer's final victim. But when he finds a cryptic message from Connor, he's drawn back into the search for the killer—who might not have been a random drifter after all. Now nobody—friends, neighbors, or even the sexy stranger with his own connection to the case—is beyond suspicion. Sensing that someone is following his every move, Mac struggles to come to terms with his true feelings towards Connor while scrambling to uncover the truth.

Tom Ryan is an experienced author of several books for young people. A 2017 Lambda Literary Fellow in Young Adult Fiction, he has been nominated for the White Pine Award, the Stellar Award, and the Hackmatack Award, and his books have been chosen as ALA Rainbow List and Junior Library Guild selections. Along with his husband and their dog, he divides his time between Toronto and Nova Scotia. For more information, visit www.tomryanauthor.com.
Loading...