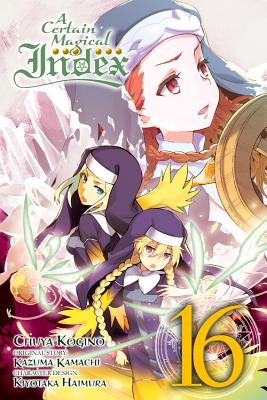 Touma has to rescue a former enemy, the fighting nun Agnes Sanctis, from the Queen of the Adriatic-a magical ship capable of wiping out Venice in a flash! Standing in his way is the fleet commander, Bishop Biagio Busoni, whose true motive for using the floating superweapon is a mystery to all. As Touma presses forward, Agnes asks herself a question: Does she deserve salvation...?

Chuya Kogino is the artist for the manga adaptation of the smash hit light novel series, A Certain Magical Index.
Loading...
or support indie stores by buying on