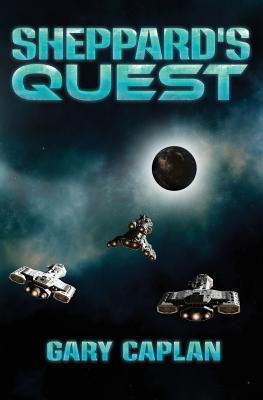 Alliance fleet officer Robert Sheppard and his crew aboard the Phoenix have a sworn duty to uphold order in the universe. Even when that duty means they have to put their lives on the line, each individual is ready to make the ultimate sacrifice for the Alliance of Worlds. In his latest adventure, Sheppard may have to do just that. He is facing dangerous new enemies with advanced technology, weaponry, and intelligence. It may just be his most deadly adventure yet

When Sheppard is asked for help by his new allies, the Talcon, he can hardly refuse. From their planet-sized spaceship, the Talcon Starcity, the alien race is looking to establish colonies in the Milky Way. Their impressive technology forces most other planets and organizations to play nicely.

The Talcon have a problem that they think Sheppard can solve. Animals from Starcity are going missing. It seems like such a simple mystery, but the solution to the puzzle will take Sheppard across space and into the hands of a strange new entity. Despite his many years working for the Alliance of Worlds, there is still much Sheppard doesn't know about the universe and its many species. He'll soon discover some hard truths

Gary Caplan has been interested in fantasy and science fiction novels ever since he was a young boy growing up near Philadelphia, Pennsylvania. Caplan received three bachelor's degrees from the University of Pittsburgh. He later earned his medical degree, eventually specializing in occupational medicine and has worked as a preventative medicine officer in the reserves. He holds the rank of colonel. Caplan is also the 2011 Indie Excellence Award winner in, Fantasy for Return of the Ancient Ones.
or support indie stores by buying on
Copyright © 2020 American Booksellers Association