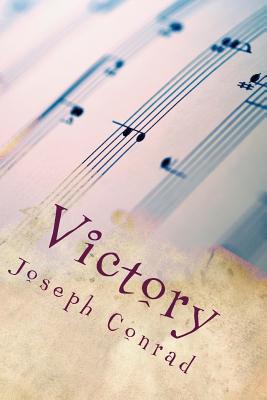 Victory (also published as Victory: An Island Tale) is a psychological novel by Joseph Conrad first published in 1915, through which Conrad achieved "popular success." The New York Times, however, called it "an uneven book" and "more open to criticism than most of Mr. Conrad's best work."The novel's "most striking formal characteristic is its shifting narrative and temporal perspective" with the first section from the viewpoint of a sailor, the second from omniscient perspective of Axel Heyst, the third from an interior perspective from Heyst, and the final section.

Joseph Conrad (born; 3 December 1857 - 3 August 1924) was a Polish-British writer regarded as one of the greatest novelists to write in the English language. He joined the British merchant marine in 1878, and was granted British nationality in 1886. Though he did not speak English fluently until his twenties, he was a master prose stylist who brought a non-English sensibility into English literature. He wrote stories and novels, many with a nautical setting, that depict trials of the human spirit in the midst of an impassive, inscrutable universe.
Loading...
or support indie stores by buying on