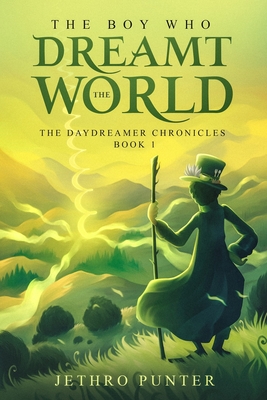 The Boy Who Dreamt the World

You would think being able to control your dreams would be fun. But in a place where those dreams can take on a life of their own and nightmares stalk the streets, just making it through the night is hard enough.

There are two worlds that have always lived peacefully alongside each other, the world we know and the Dreamworld, Reverie. Adam's life takes a definite turn for the strange when he discovers that, as a Daydreamer, he can travel between the two and achieve impossible things. But nothing in the Dreamworld is as straightforward as it looks. There is something terrible threatening to pull the two worlds apart and Adam and his newly discovered friends are the only ones who can stop it.

As if having to save the world wasn't already hard enough, there are detentions to avoid, a mystery surrounding the odd new girl in his class to solve, and the fact that Adam has absolutely no idea how to control his unusual powers.

Described by Readers Favourites as 'a story with heart, mystery, danger, friendship, and intrigue in a place where dreams come to life and anything is possible.' 'The Boy Who Dreamt the World' is the award winning first book in an exciting Middle Grade fantasy series, perfect for fans of Harry Potter, Percy Jackson, and Charlie Bone.