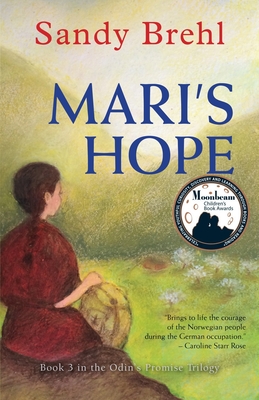 "Transports readers to the cold landscape of wartime Norway, as a brave, young heroine faces the cruel reality of oppression to join the underground resistance and do whatever it takes it save her family and her country."-- Michelle Houts, author of Winterfrost

In Mari's Hope, set in a small village in occupied western Norway in the final years of World War II, young Mari has become a valued helper to the village doctor. She also plays a role in her family's efforts in the local resistance, despite ever-present dangers, especially from the snooping soldier called Goatman and from Leif, her one-time school friend, now a German collaborator.

As the German war efforts falter, the pressure increases on the occupying troops to hold Norway firmly in their grip. But freedom-loving Norwegians will do their best to thwart those plans.

Praise for the series: "An exciting look at the occupation of Norway, through the eyes of a young, brave girl." - Angela Cerrito, author of The Safest Lie.