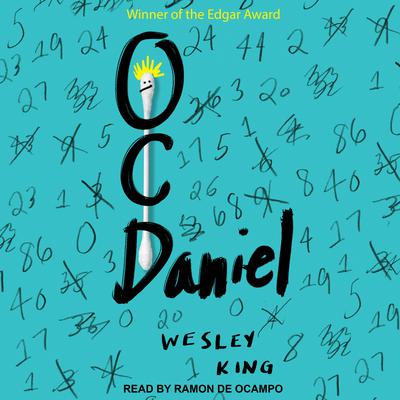 From the author of Incredible Space Raiders from Space! comes a coming-of-age story about a boy whose life revolves around hiding his obsessive compulsive disorder—until he gets a mysterious note that changes everything.

Daniel is the back-up punter for the Erie Hills Elephants. Which really means he's the water boy. He spends football practice perfectly arranging water cups—and hoping no one notices. Actually, he spends most of his time hoping no one notices his strange habits—he calls them Zaps: avoiding writing the number four, for example, or flipping a light switch on and off dozens of times over. He hopes no one notices that he's crazy, especially his best friend Max, and Raya, the prettiest girl in school. His life gets weirder when another girl at school, who is unkindly nicknamed Psycho Sara, notices him for the first time. She doesn't just notice him: she seems to peer through him.

Then Daniel gets a note: "I need your help," it says, signed, Fellow Star Child—whatever that means. And suddenly Daniel, a total no one at school, is swept up in a mystery that might change everything for him.

A graduate of Carnegie Mellon, Ramon De Ocampo is best known for his television work,
especially for his recurring roles on many hit TV shows, including The West Wing,
Notorious, 12 Monkeys, Sons of Anarchy, Killer Instinct, Medium, and Major Crimes. His film work includes indie film hit Happy Endings and the
summer action film xXx: State of the Union. He is the winner of a prestigious OBIE Award for his Off-Broadway stage work, and has performed all over the world. A longtime audiobook narrator, Ramon is an Audie Award nominee and has won eleven AudioFile Earphones Awards, including Best Voice two years in a row.