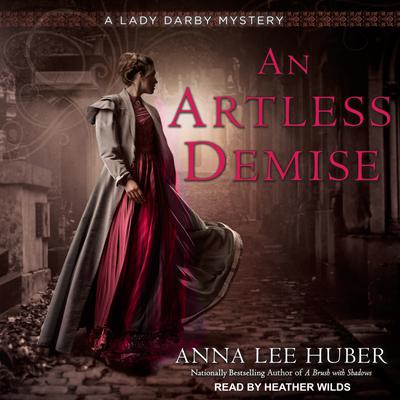 November 1831. After fleeing London in infamy more than two years prior, Lady Kiera Darby's return to the city is anything but mundane, though not for the reasons she expected. A gang of body snatchers is arrested on suspicion of imitating the notorious misdeeds of Edinburgh criminals, Burke and Hare—killing people from the streets and selling their bodies to medical schools. Then Kiera's past—a past she thought she'd finally made peace with—rises up to haunt her.

All of London is horrified by the evidence that "burkers" are, indeed, at work in their city. The terrified populace hovers on a knife's edge, ready to take their enmity out on any likely suspect. And when Kiera receives a letter of blackmail, threatening to divulge details about her late anatomist husband's involvement with the body snatchers and wrongfully implicate her, she begins to apprehend just how precarious her situation is. Not only for herself, but also her new husband and investigative partner, Sebastian Gage, and their unborn child.

Meanwhile, the young scion of a noble family has been found murdered a block from his home, and the man's family wants Kiera and Gage to investigate. Is it a failed attempt by the London burkers, having left the body behind, or the crime of someone much closer to home?