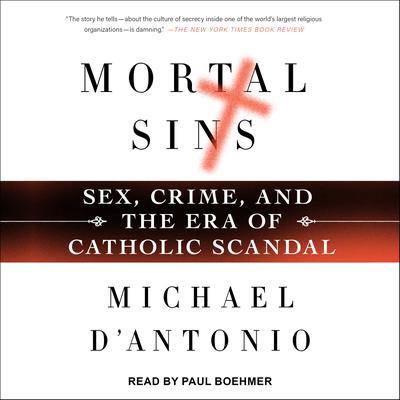 An explosive, sweeping account of the scandal that has sent the Catholic Church into a tailspin—and the brave few who fought for justice

In the mid-1980s a dynamic young monsignor assigned to the Vatican's embassy in Washington set out to investigate the problem of sexually abusive priests. He found a scandal in the making, confirmed by secret files revealing complaints that had been hidden from police and covered up by the Church hierarchy. He also understood that the United States judicial system was eager to punish offenders and those who aided them. He presented all of this to the American bishops, warning that the Church could be devastated by negative publicity and bankrupted by its legal liability. They ignored him.

Meanwhile, a young lawyer listened to a new client describe an abusive sexual history with a priest that began when he was ten years old. His parents' complaints were downplayed by Church officials who offered them money to go away. The lawyer saw a claim that any defendant would want to settle. Then he began to suspect he was onto something bigger, involving thousands of priests who had abused countless children while the Church had done almost nothing about it. The lawsuit he filed would touch off a legal war of historic and global proportions.

Part history, part journalism, and part true-crime thriller, Michael D'Antonio's Mortal Sins brings to mind landmark books such as All the President's Men, And the Band Played On, and The Informant, as it reveals a long and ferocious battle for the soul of the largest and oldest organization in the world.