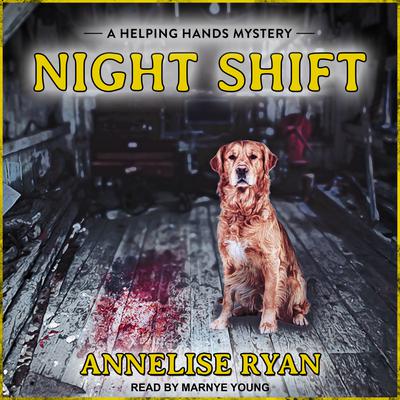 When social worker Hildy Schneider commits to an after-hours side job, she finds herself drawn into the darker side of small-town Sorenson, Wisconsin—and the twisted mind of an unnamed killer . . .

Strange things have been happening since Hildy started moonlighting with local police, but a desperate late-night call involving a former patient from Sorenson General Hospital tops the list. Although Danny Hildebrand has been tormented by hallucinations for years, he swears he's being haunted for real by the victim of a grisly murder . . .

The rambling ghost story seems like another delusion. But after a body turns up in a neglected farmhouse crawling with secrets, Hildy and the magnetic Detective Bob Richmond rush to explain Danny's knowledge of the incident. As the crime-solving partners unwittingly grow closer while examining a series of eerie leads, they realize that surviving past sunrise means shedding light on a criminal willing to do whatever it takes to stay in the shadows . . .

Marnye Young is an award-winning narrator for New York Times and USA Today bestselling authors. A SAG-AFTRA voice, stage, and screen actor, she has spent her life in the South, Midwest, and North. Having performed in Romania, Sweden, Scotland, New York City, and elsewhere, she has been praised for her impeccable comic timing as well as her ability to make you cry. She has also been called an "accent guru." When she isn't narrating, she's podcasting, writing a self-deprecating comical blog about her identical twins, fishing, following NASCAR, volunteering (CRIS radio and TIC), running a small playreading group in NYC, raising chickens, and of course "mom"ing. Her favorite literary character is Sherlock Holmes. She would like to thank everyone who made it possible for her to be where she is today.