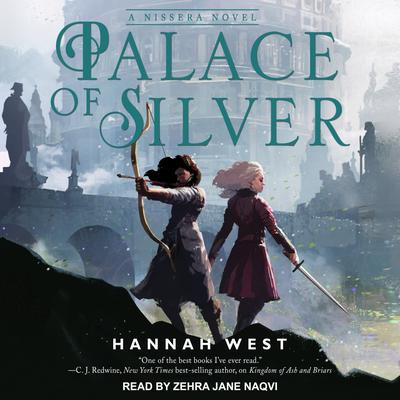 Two queens confront the ultimate choice as a rebellion emerges against a dangerous despot—and both sides want them dead. When the world of magic is under threat, is loyalty worth their lives? Wickedness awaits in this exhilarating installment in the acclaimed Nissera Chronicles.

But there's a fourth queen in charge: Ambrosine, banished overseas to Perispos. Driven by vanity, she vows to become the most powerful and beautiful ruler in the world, even if it means oppressing the mortal kingdom she is meant to protect. Meanwhile a dangerous uprising led by elicromancer-hating rebels gains momentum. Rot spreads through the Forest of the West Fringe. Valory goes missing. Facing enemies on all sides, Glisette and Kadri must reckon with the role of magic. How far will they go to defend their power—and can they build an uprising of their own?

Zehra Jane Naqvi is a full-time voice-over artist, actress, and singer of Anglo/Indian origin. Originally from Australia, Zehra Jane has been based in the U.K. for the past twenty years, where she has enjoyed a successful career spanning stage and screen. From leads in West End shows to Bollywood movies and Dr. Who radio plays, her career has been diverse, to say the least!

Zehra set up her home studio in 2013, and, by immersing herself in the voice-over world, quickly discovered her passion for narrating audiobooks. Her mixed race heritage gives her a unique versatility that makes her completely convincing across age, ethnicity, class, and period.