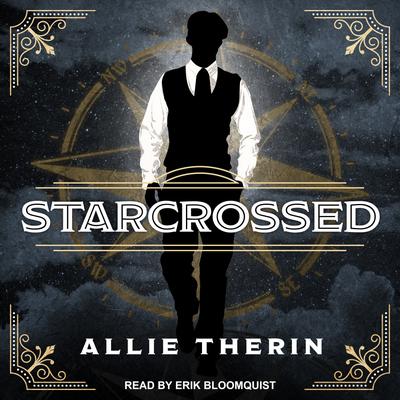 When everything they've built is threatened, only their bond remains . . .

For Arthur, there's only Rory. But keeping the man he's fallen for safe is another matter altogether. When a group of ruthless paranormals throws the city into chaos, the two men's strained relationship leaves Rory vulnerable to a monster from Arthur's past.

With dark forces determined to tear them apart, Rory and Arthur will have to draw on every last bit of magic up their sleeves. And in the end, it's the connection they've formed without magic that will be tested like never before.

Erik Bloomquist trained classically at the London Dramatic Academy and holds a degree in theater and dance from Trinity College. He was nominated for a New England Emmy® Award for his performance as Allan Archer on the nationally syndicated series The Cobblestone Corridor. A member of Actors' Equity Association, Erik has extensive screen and stage credits, including stints on/at: PBS, Lifetime, Travel Channel, American Heroes Channel, Hartford Stage, and Ivoryton Playhouse. Erik is also a notable (and Emmy Award-winning) writer/director, Halloween enthusiast, and member of Connecticut Magazine's "40 Under 40: Class of 2019."