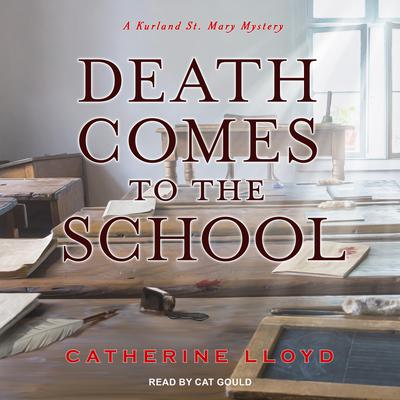 Three years have passed since Major Sir Robert Kurland and Lucy Harrington, the rector's daughter, became husband and wife. Having established a measure of contentment among the local gentry, the couple lately have found an unsettling distance grown between them. But when the small-village peace is disrupted by an anonymous letter accusing Lucy of witchcraft, her as yet unfulfilled desire to be a mother becomes the least of her worries, especially after she learns she is not the only one to have received such a malicious letter.

Speculation only escalates when the village schoolteacher, Miss Broomfield, is discovered murdered at her classroom desk. Was the unlikeable teacher the letter writer, and if so, who killed her and why? Despite her husband's objections, Lucy offers to help out at the school until a replacement can be found, hoping the children might inadvertently reveal a clue, but by doing so she may be putting her own life at risk . . .

Cat Gould grew up in Sydney, Australia, and after extensive travel moved to the United States in 1990. She is a classically trained actress with a BFA from Southern Oregon University and has performed in many regional productions. Her passion for storytelling, communication, and language is matched well with her dexterity with characters and dialect. She can communicate in French, Spanish, and Italian, and is a voracious reader of fiction, philosophy, and psychology to deepen her understanding and ability to express the human condition.