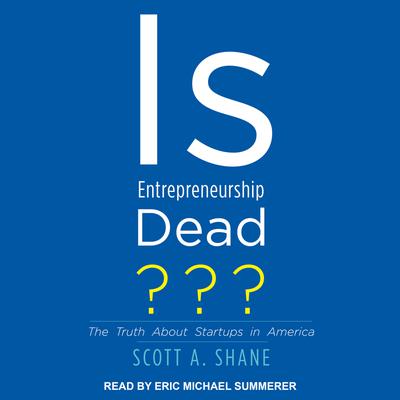 The Truth About Startups in America

It's become an article of faith that American entrepreneurship is in trouble. The problems are many: lack of capital, too few entrepreneurial immigrants, excessive regulation, an aging population, slowing population growth, and rising student debt. But while experts across the country debate the causes and propose solutions, Scott Shane explains that the data just do not fit. Dismantling each of the most widely accepted theories in turn, he persuasively demonstrates that—while an evolving market is changing the nature of most startups—entrepreneurship is actually alive and well. Shane reveals how the number of incorporated startups is rising, fewer startups are failing, and the number of businesses backed by investors is increasing. The overall picture is positive. Exhaustively researched and compellingly told, this book will be discussed for years to come.