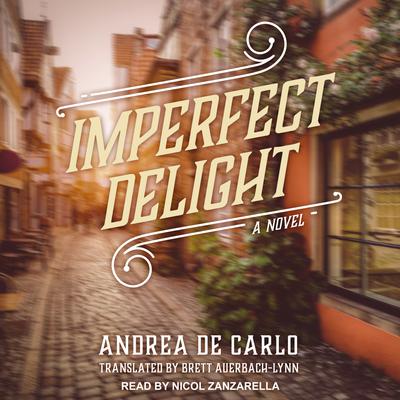 It's fall in Provence, a season that combines the first chill of winter with a final stretch of warmth that is a last taste of summer. To mark the end of the season, at the local airfield a famous British rock band, the Bebonkers, will hold a concert that is both for charity and to celebrate charismatic lead singer Nick Cruickshank's third marriage. Preparations are in high gear, everything coming smoothly together under the tight supervision of Aileen, Nick's bride-to-be.

In town, there is also a gelateria run by Milena Migliari, who creates, develops, and produces one-of-a-kind ice cream with artistic precision. Milena, who has bid adieu to men, now lives with Viviane. Milena's relationship with Viviane is solid and unwavering, in stark contrast to the delicacy of her ice cream. In a few days Milena will undergo fertility treatments, but she is not entirely convinced. She hesitates to confess her thoughts, however, as does Nick, who wonders when his relationship with Aileen lost its original spark.

And so, a British rocker and an Italian artisan find their fates on a collision course and in the space of three days, the chaos intensifies resulting in an inevitable and exhilarating final encore.

Nicol Zanzarella is an award-winning audiobook narrator, with titles spanning multiple genres in both fiction and nonfiction. She came to audiobook narration after (literally) growing up within the walls of a local radio station that her father ran, and brings with her a background in both classical and contemporary theater, as well as film. She also has numerous television and radio commercials to her credit. Originally from Yonkers, New York, she currently lives in California, where, when not in the booth, you can usually find her drinking coffee, cooking her grandmother's Italian recipes, or in the local boxing gym. Thank you for listening!