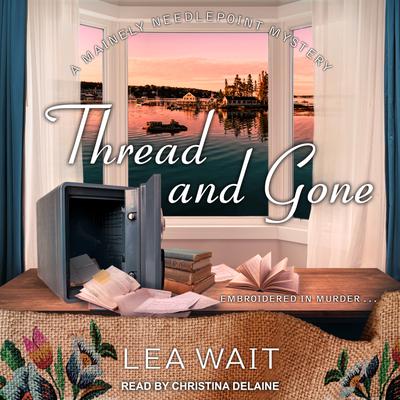 Angie Curtis and her fellow Mainely Needlepointers know how to enjoy their holidays. But nothing grabs their attention like tying up loose threads. So when Mary Clough drops in on the group's Fourth of July supper with a question about an antique needlepoint she's discovered in her family attic, Angie and her ravelers are happy to look into the matter.

Angie's best guess is that the mystery piece may have been stitched by Mary, Queen of Scots, famous not just for losing her head, but also for her needlepointing. If Angie's right, the piece would be extremely valuable. For safekeeping, Angie turns the piece over to her family lawyer, who places it in a safe in her office. But when the lawyer is found dead with the safe open and ransacked, the real mystery begins . . .