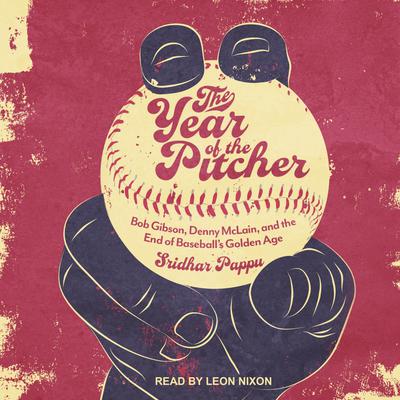 The Year of the Pitcher (Digital Audiobook)

The Year of the Pitcher is the story of the remarkable 1968 baseball season, which culminated in one of the greatest World Series contests ever, with the Detroit Tigers coming back from a 3–1 deficit to beat the Cardinals in Game Seven of the World Series.

In 1968, two remarkable pitchers would dominate the game as well as the broadsheets. One was black, the other white. Bob Gibson, together with the St. Louis Cardinals, embodied an entire generation's hope for integration at a heated moment in American history. Denny McLain, his adversary, was a crass self-promoter who eschewed the team charter and his Detroit Tigers teammates to zip cross-country in his own plane. For one season, the nation watched as these two men and their teams swept their respective league championships to meet at the World Series. Gibson set a major league record that year with a 1.12 ERA. McLain won more than 30 games in 1968, a feat not achieved since 1934 and untouched since. Together, the two have come to stand as iconic symbols, giving the fans "The Year of the Pitcher" and changing the game.

Leon Nixon is a professional actor, playwright, and filmmaker. A Los Angeles native, he has performed in short films, web series, and on stage in dramatic and comedic roles. He is an improvisor, trained in Los Angeles and Chicago, and is part of the group that appears in the Guinness Book of World Records for Longest Continuous Improv Show at 150 hours.