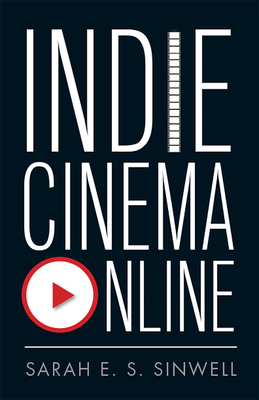 Indie Cinema Online investigates the changing nature of contemporary American independent cinema in an era of media convergence. Focusing on the ways in which modes of production, distribution, and exhibition are shifting with the advent of online streaming, simultaneous release strategies, and web series, this book analyzes sites such as SundanceTV, YouTube, Netflix, Hulu, and other online spaces as a means of redefining independent cinema in a digital era. Analyzing the intersections among cinema studies, cultural studies, and new media studies within contemporary convergence culture, author Sarah E.S. Sinwell looks at sites of media convergence that are often ignored within most studies of digital media. Emphasizing the ways in which the forms and technologies of media culture have changed during the age of convergence, this book analyzes contemporary production, distribution, and exhibition practices as a means of examining the changing meanings of independent cinema within digital culture.

"Indie cinema has been moving increasingly online and Sarah Sinwell's book is the first to offer a comprehensive mapping of this new and exciting terrain. Paying attention to the key players in the field and offering a host of interesting examples, the book is an extremely welcome addition to the blossoming field of independent cinema studies."
— Yannis Tzioumakis

"Sarah E. S. Sinwell’s excellent investigation into American independent cinema in the digital age is, above all things, extremely timely....Indie Cinema Online is therefore a vital contribution to a historiography of American independent cinema: aware of its past, revealing about its present, and preparing us for the challenges and issues that will shape its future."
— New Review of Film and Television Studies