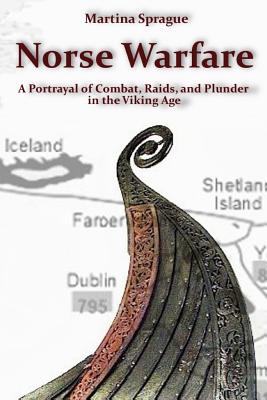 A Portrayal of Combat, Raids, and Plunder in the Viking Age

The Vikings burst onto the scene in a flash, startling the world with the reach and extent of their raids and the overwhelming destruction they wrought. Their unconventional war strategies, which left the enemy helpless and defenseless, built their reputation as brutal, bloodthirsty barbarians with no regard for God or human life. The reckless raiding of churches and monasteries was due in large part to their ignorance of the unspoken rules of warfare, giving holy sites immunity, but it earned the Christian world's contempt. The Vikings excelled militarily because they ignored traditional Western fighting methods. They did not bother to arrange a time and place for battle, as was often customary in Europe. Deception, attacking by stealth when the enemy was not fully prepared, or striking in a seemingly undisciplined manner was by no means considered cowardly or dishonorable from the Viking perspective. The Vikings, unconcerned by, indeed oblivious to, religious prohibitions, believed that war was worth any risk because it compensated so well in terms of adventure and spoils. Even the high numbers of casualties suffered did not dissuade the Vikings from their lives as warriors.

Martina Sprague grew up in the Stockholm area of Sweden. She has a Master of Arts degree in Military History from Norwich University in Vermont and has studied a variety of combat arts since 1987. As an independent scholar, she writes primarily on subjects pertaining to military and general history, politics, and instructional books on the martial arts. For more information, please visit her website: www.modernfighter.com.
Loading...
or support indie stores by buying on