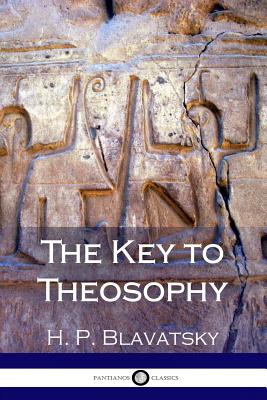 The Key to Theosophy

H. P. Blavatsky introduces her theosophical movement to the curious reader in this detailed text, which is written in the style of questions and answers.
The Theosophic Society attracted popular interest for its esoteric and unusual nature; theosophy unites numerous mystical, spiritual and occult principles with the stated mission of finding the hidden truths of existence. This was accomplished through investigating ancient societies and writings, together with Medieval and Renaissance era authors, occultists and other mystics.
With The Key to Theosophy, Blavatsky intended to demystify and clarify many of the finer points of the movement she founded. She not only discusses what topics the Theosophical Society has an interest in, but the organizational structure and leadership under which it operates The agreed beliefs among its members concerning man's place on the Earth, and how nature affects and controls humans perceptibly and imperceptibly, are likewise detailed.
Among the topics the author highlights are reincarnation. When Blavatsky wrote this manual, the Eastern philosophical notions of rebirth following death had only recently become widely known in the West. It was a belief that theosophists took up with enthusiasm, and their researches and discussions on the subject are paraphrased by Blavatsky in this book.
Helena Petrovna Blavatsky was born in what is today Ukraine to an aristocratic family. Her education afforded her the ability to travel to places such as Egypt, Greece, the Caribbean, India, Sri Lanka and Tibet. Many details of her journeys are disputed to have actually happened, yet the expeditions clearly put Helena in contact with ancient cultures and their beliefs, and prefaced her establishing the Theosophic society in 1870.