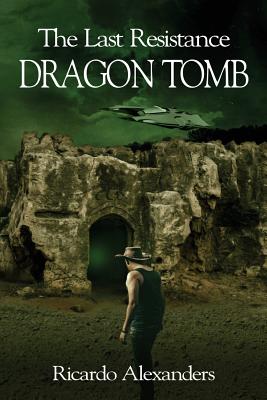 Want to see Nazi Panzer and Soviet T-34 charging together, not against each other? Want to see Prime Minister Tojo arguing face to face with President Roosevelt on which country is responsible for the attack of Pearl Harbor? This is the book for you. In Dragon Tomb, Writer Ricardo Alexanders tells a story about a young Chinese archaeologist who saved the world from Armageddon during World War II. Dragon tomb is packed with adventures and actions. FDR, Hitler, Stalin, Tojo, Madame Chiang...many historical characters make appearances in this soul-stirring story, which is filled with unbelievable twists and turns. Synopsis 1939, two years after returning from Boston to defend his country against Japanese invasion, archaeologist Chuan-Jay Hoo is captured in a behind-enemy- lines rescue mission. As a POW, he is forced to take part in the excavation of the tomb of the mythical First King of China. Unexpectedly, this top-secret tomb raid is violently defeated by a ruthless killing force sealed within the tomb. Chuan-Jay was astonished by the tomb guardian's fire power and the fact that the illusive First Dynasty in China was actually established by some strayed Aliens happened to crashed on Earth 4000 years ago. He begs those guardians to save their blood intertwined descendants. But they refuse, citing a more pressing mission to accomplish. Eighteen months later, Chuan-Jay teams up with an American adventurer, Dr. Harry Jones, and returns to the tomb. The duo successfully convinces the guardians to fight for China, then the Allies. With the help of those guardians, the Allies prepare for an all-out counter offense to end the war in Pacific by the spring of 1944. However, the subsequent rise of an evil force catch everyone on Earth by surprise. It was so evil, the Allies and the Axis powers were forced to fight together. The throws in everything they had in WWII, including the atomic bombs. The evil still prevails. Alone in the First King's tomb again, Chuan-Jay finds himself as the last line of resistance for the survival of mankind. Ricardo personally performed "Everyday is a Monument," an original theme song for his novel. An industry first Please highlight the link below, right click "go to YouTube," and watch the music video, https: //www.youtube.com/watch?v=hwpZ8tm8PPI

Ricardo Alexanders, an indirect decedent of the Great Yyu, was born in China, educated as a chemist, specializing in innovative drug formulation development. In his spare time, he is a passionate writer and loves writing History/Science Fiction. Dragon Tomb is the first book of The Last Resistance pentalogy. The tentative titles for the rest four are: Resurrection, Total Invasion, Red Dragon, and the series finale, Genesis. Sharing of such titles is meant to set a clear goal for the writer and motivate him to finish the pentalogy within five years. Ricardo enjoys direct communication with his readers. He can be contacted at ricardo.h.alexanders@gmail.com for any comments, suggestions, or typos found in the manuscript.
Loading...
or support indie stores by buying on