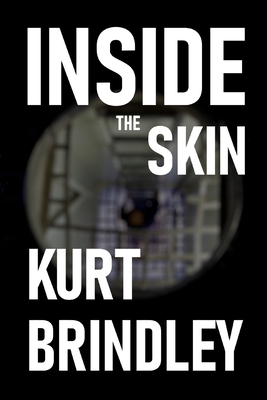 Inside the Skin (Paperback)

A psychological and, at times, poignantly humorous drama set on a U.S. warship in the port city of Yokosuka, Japan, INSIDE THE SKIN is a story about the harsh realities of navy life during the Don't Ask Don't Tell era. But it's more than that -- it is also a story about each of us and how we perceive and interpret the world around us. Written with a narrative starkness, the story leaves us with only our own prejudices and stereotypes to draw from and forces us to make assumptions about character and identity, and, in the end, determine not just who did it but if it was even done at all...
★ ★ ★ ★ ★ Boot Camp didn't join the navy to be a hero or to perform courageous acts---that was hardly his character---he joined simply to prove to himself, and to others, that he has what it takes to be a sailor, a real sailor. However, after reporting to his first duty station, a laid-up warship filled with a disgruntled crew who welcomes him aboard with a brutal hazing and violent displays of homophobia and harassment, he quickly learns that to become that sailor of his ideals, a real sailor, he would have to step outside his true nature and put himself into harm's way to achieve those ideals. But after Flavor---Boot Camp's only true shipmate and an eccentric nonconformist who, himself, had to learn to navigate the dangerous and sometimes deadly waters of homophobia and harassment---is discharged from the navy, Boot Camp is left on his own to face the hazards that await him. Alone, he has to find that courage and strength so uncommon to him and stand up for his own self, his own identity, and fight for what is right, regardless the rules, and regardless how dangerous and deadly the costs may be.
or support indie stores by buying on
Copyright © 2020 American Booksellers Association