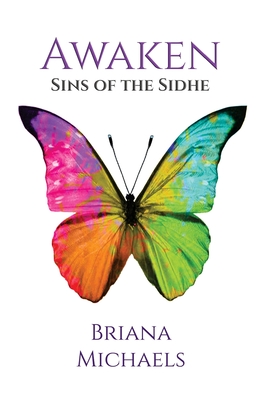 Nicodemus never had a choice in his fate. Given the gift of Dreaming is more like a curse, for its magic has devastating side effects; but to not use this power is impossible. Trapped between reality and fantasy, everything he has slowly disappears around him and Nicodemus is forced to begin a new life. But that is just the beginning...

Hazel is forbidden to touch or be touched and is cast out of society, but this Fae may be the answer to the illness that has taken over Tir na nOg's Seelie Court. When Hazel is ripped from all she knows, she plunges into a new world and meets Nicodemus, a warrior unlike any she's ever dreamed of, and finds herself longing for all things forbidden to her. When everything is at risk of being lost in the blink of an eye, are these two ready to play their part in this fated plan? One way or another, a sacrifice will be made.