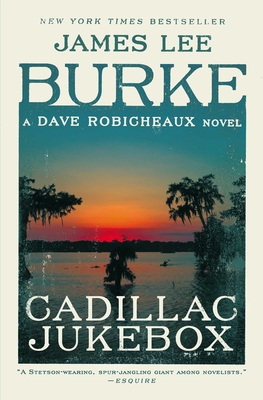 James Lee Burke has been hailed as a “national treasure” (Tampa Bay Times), and in his ninth Dave Robicheaux thriller, it’s easy to see why. This taut, twisted tale of corruption in the Louisiana bayou truly brands Burke as “America’s best novelist” (The Denver Post).

No one was surprised when Aaron Crown was arrested for the decades-old murder of the most famous black civil rights leader in Louisiana. After all, his family were shiftless timber people who brought their ways into the Cajun wetlands—trailing rumors of ties to the Ku Klux Klan. Only Dave Robicheaux, to whom Crown proclaims his innocence, worries that Crown had been made a scapegoat for the collective guilt of a generation.

But when Buford LaRose, scion of an old Southern family and author of a book that sent Crown to prison, is elected governor, strange things start to happen. Dave is offered a job as head of the state police; a documentary filmmaker seeking to prove Crown's innocence is killed; and the governor’s wife—a former flame—once again turns her seductive powers on Dave. It’s clear that Dave must find out the dark truth about Aaron Crown, a truth that too many people want to remain hidden.

“A ripeness of villains, the familiar good guys, and some who travel the territory in between comprise the cast of the rich ninth Dave Robicheaux adventure” (Publishers Weekly, starred review). “Terrific” (The Philadelphia Inquirer), “compelling and suspenseful…vivid and complete” (Los Angeles Times), “Cadillac Jukebox is pure James Lee Burke—equal parts hardboiled action, lush descriptions of the natural world, and dialogue that leaps from the page” (People). “If you haven’t read Burke, get going” (Playboy).