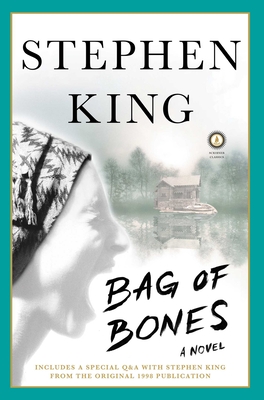 From iconic storyteller Stephen King, the twentieth anniversary edition of Bag of Bones, the #1 New York Times bestselling tale of grief, love’s enduring bonds, and the haunting secrets of the past.

First published in 1998, Bag of Bones was an instant #1 New York Times bestseller. It was lauded at its publication as “hands down, Stephen King’s most narratively subversive fiction” (Entertainment Weekly) and his “most ambitious novel” (The Atlanta Journal-Constitution). This anniversary edition serves as a keepsake volume for years to come.

“It’s sometimes hard to tell what’s more threatening: the ghosts that rearrange the magnetic letters on Noonan’s refrigerator or the gossip and domestic violence festering in a rural New England town.  But that’s the genius of King, a master of inserting the 'para' into normal, everyday life.”—Glamour