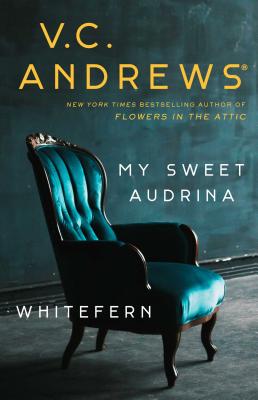 Discover two of V.C. Andrews’s most haunting and enthralling novels with this gorgeous volume containing both My Sweet Audrina and Whitefern as they follow Audrina struggling with her family’s dark secrets.

In My Sweet Audrina, Audrina Adare only desires to be as good as her sister. She believes her father could not love her as he loved her sister. In his eyes, her sister was so special, so perfect—he never stops mourning her passing and is constantly comparing Audrina to the memory of the daughter he had.

Upstairs in the locked room are her sister’s clothes and dolls, her animals and games, and her sacred rocking chair—which holds the secret of all her sister’s gifts. Something magical happens to her when she rocks in it, but that journey is not without its terrifying turns. In the end, it will help lead her to the terrifying secret that everyone knows. Everyone except... my sweet Audrina.

And in Whitefern, the unforgettable sequel, Audrina is left in the labyrinthine manor called Whitefern after the patriarch’s death. Now that she has discovered the truth, will she ever be able to lead any semblance of a normal life? Alone with her dim-witted sister and cruel husband, she begins to take on the past and weave her way back from the empty grave to the possibility of a full life without the curse of dark memories her own father carefully wove around her. The sequel to My Sweet Audrina is as intriguing and as much an emotional roller coaster.