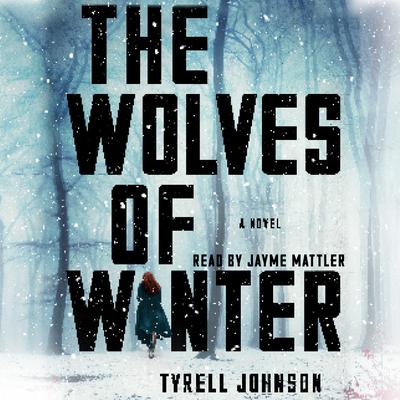 The Wolves of Winter (Digital Audiobook)

“When all the terrible things imaginable - and unimaginable - happen, all that is left is your family, whether blood or those you bond with in the aftermath of devastation. Teenager Lynn McBride remembers the world before - before nuclear war, before the flu, and even before her family moved to the Canadian Yukon - and those memories tease and haunt her while giving us clues to her history. While her family struggles daily for food and warmth, they are together and they watch out for each other, never encountering strangers - until Jax shows up...”
— Eileen McGervey, One More Page, Arlington, VA
View the List

Station Eleven meets The Hunger Games in this ruthless, captivating story of a young woman’s survival in the frozen wilderness of the Yukon after the rest of the world has collapsed.

As the old world dies, we all must choose to become predators. Or become prey.

The old world has been ravaged by war and disease, and as far as Lynn McBride is concerned, her family could be the last one left on earth. For seven years, the McBrides have eked out a meagre existence in the still, white wilderness of the Yukon. But this is not living. This is survival on the brink.

Into this fragile community walk new threats, including the enigmatic fugitive, Jax, who holds secrets about the past and, possibly, keys to a better future. And then there’s Immunity, the pre‑war organization that was supposed to save humankind from the flu. They’re still out there, enforcing order and conducting experiments—but is their work for the good of humankind or is something much more sinister at play? In the face of almost certain extinction, Lynn and her family must learn to hunt as a pack or die alone in the cold.

Breakout debut novelist Tyrell Johnson weaves a captivating tale of humanity stretched far beyond its breaking point, of family and the bonds of love forged when everything else is lost. Reminiscent of Station Eleven and The Hunger Games, this is a classic and enthralling post‑apocalyptic adventure and a celebration of the human spirit.
Loading...