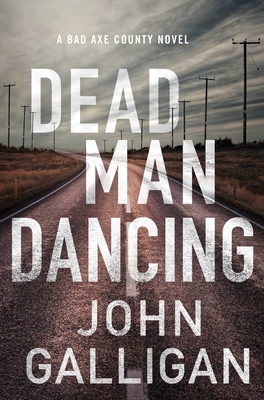 In this sequel to the “gritty, brash, and totally gripping” (The Real Book Spy) thriller Bad Axe County, Sheriff Heidi Kick is investigating an illicit cage fighting ring with ties to white nationalism when her husband suddenly goes missing.

It’s a time for celebration in Bad Axe County as the town gathers for the annual Syttende Mai—or Norwegian Independence Day—festival. During this rollicking family-oriented event filled with dancing and food, Sheriff Heidi Kick discovers a dark and shocking event—a migrant worker has been savagely beaten but refuses to explain what happened. Then, a sudden murder of a band member shatters the festival. Something is deeply wrong in Bad Axe County.

As she looks for answers, Heidi plunges into a secret underworld where high-stakes cage fights double as combat training for the White Nationalist movement. Then all hell breaks loose for Heidi when her husband disappears and a secret he’s been keeping from Heidi is revealed.

A timely portrait of the deep divisions and simmering tensions brewing in our country today, Dead Man Dancing takes you into the dark heart of a movement defined by violence and hate. Featuring John Galligan’s signature “striking prose, engaging characters” (Kirkus Reviews, starred review), and unforgettable twists and turns, Dead Man Dancing is a breathless thriller that will keep you on the edge of your seat.

"Relevant, and as fresh as country air...The thrills inside Dead Man Dancing will get your heart hopping." —Daily Union (Wisconsin)

"Gritty, brash, and totally gripping. John Galligan is a hell of a writer." —The Real Book Spy

"An exceptional novel...Kick is a remarkable character and this is a bad-axe book." —Milwaukee Journal Sentinel

John Galligan is the author of four Bad Axe County novels including, Bad Axe County, Dead Man Dancing, and Bad Moon Rising. He is also the author of the Fly Fishing Mystery series, The Nail Knot, The Blood Knot, The Clinch Knot, The Wind Knot, and the novel Red Sky, Red Dragonfly. He lives and teaches college writing in Madison, Wisconsin.
Loading...
or
Not Currently Available for Direct Purchase