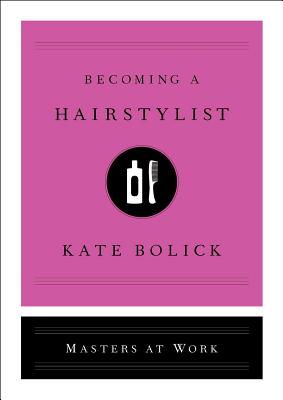 Becoming a Hairstylist (Masters at Work)

Based on the real-life experiences of an expert in the field, an immersive, accessible guide to a career in hairstyling brought to life by acclaimed writer Kate Bolick—essential reading for anyone interested in this creative and dynamic profession.

Gwenn LeMoine sees the world through the lens of hair. The daughter of two hairstylists, she has taken her natural talent to an entrepreneurial level and is now the owner of Parlor, a wildly popular, two-location hair salon in the East Village and Brooklyn. A pioneer with four decades of expertise in styling eccentric celebrity personalities, LeMoine works with clients such as such as Piper Kerman, Rue McClanahan, Molly Ringwald, Twyla Tharp, and William Wegman, to name only a few. Her work has also been featured on television (SNL, VH1, ETV), in magazines (Real Simple, Nylon, The New York Times, and Paste), and at awards shows, such as the Tonys and Emmys.

In Becoming a Hairstylist, Atlantic columnist and New York Times notable author Kate Bolick provides a compelling profile of a career in hair styling through the life of LeMoine, and offers us a glance at a day in the life at Parlor. The perfect resource for anyone interested in a career in cosmetology, Becoming a Hairstylist portrays how to excel as a stylist—at any age and for all types of customers.

Kate Bolick’s first book, the bestselling Spinster: Making a Life of One’s Own, was a New York Times Notable Book. A contributing editor for The Atlantic, Bolick writes for a variety of publications, including The New York Times, The New Republic, The Wall Street Journal, Cosmopolitan, Elle, and Vogue, and hosts “Touchstones at The Mount,” an annual interview series at Edith Wharton’s country estate, in Lenox, Massachusetts. Previously, she was executive editor of Domino and a columnist for The Boston Globe.
Loading...
or support indie stores by buying on