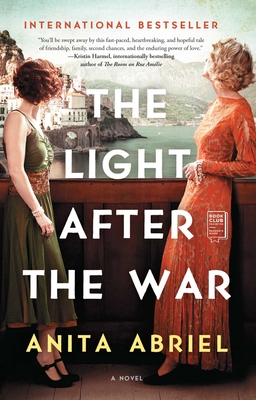 Light After the War

Inspired by an incredible true story of two Jewish friends who survived the Holocaust, this “heartfelt and memorable tale of family, love, resilience, and the triumph of human spirit” (Pam Jenoff, New York Times bestselling author) spans World War II from Budapest to Austria and the postwar years from Naples to Caracas, perfect for fans of The German Girl and We Were the Lucky Ones.

Spring 1946: Best friends Vera Frankel and Edith Ban arrive in Naples. Refugees from Hungary, they managed to escape from a train headed for Auschwitz and spent the rest of the war hiding on an Austrian farm. Now, the two young women are starting new lives abroad.

Armed with a letter of recommendation from an American officer, Vera finds work at the United States embassy where she falls in love with Captain Anton Wight. But as Vera and Edith grapple with the aftermath of the war, so too does Anton, and when he suddenly disappears, Vera is forced to change course. Their quest for a better life takes Vera and Edith from Naples to Ellis Island to Caracas as they start careers, reunite with old friends, and rebuild their lives after terrible loss.

Moving, evocative, and compelling, The Light After the War is a timely and “unforgettable story of strength, love, and survival” (Jillian Cantor, USA TODAY bestselling author).

Praise For Light After the War: A Novel…

Anita Abriel was born in Sydney, Australia. She received a BA in English literature with a minor in creative writing from Bard College. She is the internationally bestselling author of The Light After the War, Lana’s War, and A Girl During the War. She lives in California with her family.
Loading...
or support indie stores by buying on