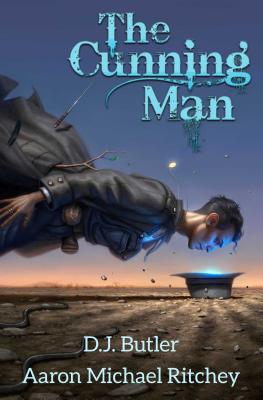 The demons of the Great Depression are real. The cunning man is here to fight them.

A BREW OF DUST BOWL MAGIC AND GRIT

Behind the played-out farms and failed businesses are demons, curses, sorcerers, and unatoned wrongs. Bags of groceries and carpentry won’t be enough this time.The job will take a man who has known sorrow. A man who has known war. A man of wisdom. A man of magic.

THE JOB WILL TAKE A CUNNING MAN

"An amazing tale that grabs you by the throat and won’t let go! Butler & Ritchey are a literary force to be reckoned with! Hit that download button and grab your copy now! The Cunning Man will never let you go!"—Sherrilyn Kenyon, #1 New York Times Bestselling Author