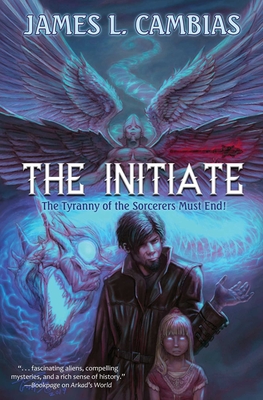 A SECRET ORDER OF SORCERERS RULES THE WORLD. ONE MAN HAS VOWED TO DESTROY THEM.

THE SORCERERS WHO RULE THE WORLD ARE GOING DOWN!

If people who can work magic are so powerful, why don't they rule the world? Well, as it happens, they do. One man wants to change that.

The Apkallu are masters of magic. They rule the world from the shadows, using mind control and deadly monsters to eliminate any threat to their power. Sam Arquero lost his family to a demon sent by an Apkallu. He knew that nobody would believe the truth, but now an old man offers Sam the chance to find out who is responsible and bring down the Apkallu forever.

Under a new identity, Sam must learn the secrets of magic, infiltrate the Apkallu, and walk a razor’s edge of daring as he attempts to destroy the Apkallu leaders and avoid the supernatural detectives on his trail. But Sam’s greatest challenge perhaps lies within—to avoid becoming like the hated Apkallu himself!

Cambias' energetic prose and grim take of the idea of a secret wizard community should please most urban fantasy readers.—Booklist

"Beautifully written, with a story that captures the imagination the way SF should."—Booklist, starred review

''An impressive debut by a gifted writer.''—Publishers Weekly, starred review

"James Cambias will be one of the century's major names in hard science fiction.''—Robert J. Sawyer, Hugo Award–winning author of Red Planet Blues

James L. Cambias is a writer, a game designer, and the cofounder of Zygote Games. He has been nominated for the James Tiptree Jr. Award and the 2001 John W. Campbell Award for Best New Writer. He lives in western Massachusetts.
Loading...
or
Not Currently Available for Direct Purchase