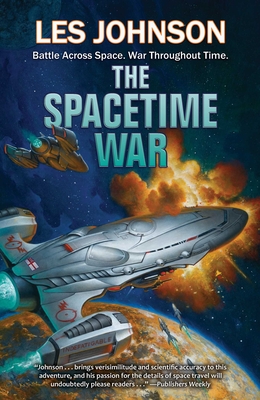 Humanity has finally made it to the stars. Colony worlds thrive and there is general peace among the settled systems. Until now. Matte black ships of an advanced design appear in colonial systems. Their drives and weapons are not extremely advanced beyond their Terran counterparts — just superior enough to be utterly devastating. Colonies and their populations are obliterated. Once settled worlds are rendered radioactive wastelands. Earth herself lies defenseless before the marauding enemy.

DEFEND THE SKIES OF EARTH

Standing against the invasion are two of humanity’s finest starship captains, Winslow Price of the British Space Navy and Anika Ahuja of the Indian Space Forces. Compatriots. Fierce competitors. Former lovers. Now they are on a quest that will plumb the scientific wells of existence itself, where the primordial knot of spacetime may be unraveling. Price and Ahuja are sworn to do whatever it takes to defend Earth and humanity from ultimate obliteration by an enemy that will not even speak its name. Even if it pushes each to the brink of life and death in battle. Even if it leads each beyond space and time—and to the edge of ultimate possibility!

TAKE THE BATTLE TO THE STARS

“The spirit of Arthur C. Clarke and his contemporaries is alive and well in Johnson’s old-fashioned first-contact novel, set in 2068. . . . includes plenty of realistic detail and puts fun new spins on familiar alien concepts. . . . There’s a great deal here for fans of early hard SF.”—Publishers Weekly

“With equal parts science fiction and international intrigue . . . an exciting, fast-paced read that you will not want to put down.”—Booklist

About Rescue Mode by Ben Bova and Les Johnson:
“. . . a suspenseful and compelling narrative of the first human spaceflight to Mars.”—Booklist

Les Johnson is a physicist and author. He is the author of The Spacetime War, Mission to Methone; Rescue Mode, coauthored with Ben Bova; Saving Proxima coauthored with Travis S. Taylor; and coeditor of the science/science fiction anthologies Going Interstellar and Stellaris: People of the Stars. He was technical consultant for the movies Europa Report and Lost in Space and has appeared in numerous documentaries on the Discovery and Science channels. Les was also the featured “Interstellar Explorer” in National Geographic Magazine and interviewed for Science Friday. By day, he serves as solar sail principal investigator of NASA’s first interplanetary solar sail missions and leads research on various other advanced space propulsion technologies at the George C. Marshall Space Flight Center in Huntsville, Alabama.
Loading...
or support indie stores by buying on