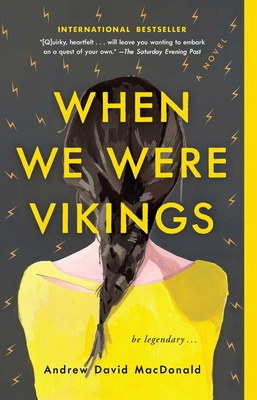 “As a sister whose younger brother has Asperger’s, I was hesitant at first to pick up this book about a young woman on the spectrum and her caretaking brother. More often than not, books that tackle this type of relationship fall short, but MacDonald’s tender-hearted debut mirrored this type of relationship perfectly, and with loving respect. Zelda is one of my favorite characters, up there with Eleanor Oliphant and Ove.”
— Kelso McNaught, Gibson's Bookstore, Concord, NH
View the List

“Zelda is a marvel, a living, breathing three-dimensional character with a voice so distinctive she leaps off the page.” —The New York Times

“A most welcome and wonderful debut” (Tyrell Johnson, author of The Wolves of Winter), When We Were Vikings is an uplifting debut about an unlikely heroine whose journey will leave you wanting to embark on a quest of your own, because after all...we are all legends of our own making.